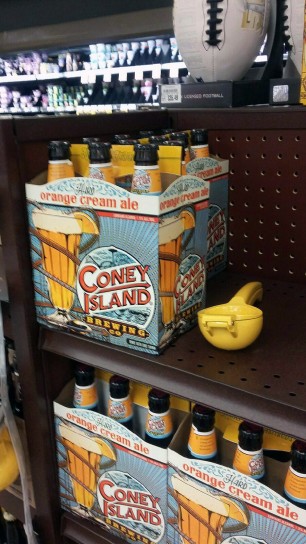 Seriously, WTF is Coney Island Orange Cream Ale?  Is that even beer?  You really should have made lemonade with your juicer instead. 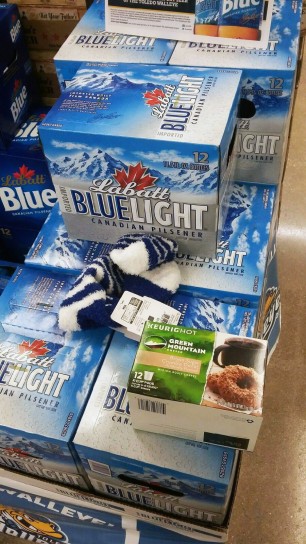 I'm a big fan of cozy socks and coffee on a relaxing weekend morning.  But Brown Sugar Crumble Donut flavored coffee from an over-extracted, watered-down Keurig machine?  I totally get why this person just said "F-it" and traded up for this Canadian pilsener.  I can also understand why they chose Labatt Blue Light, as their palate has become accustomed to flavorless beverages (like from a Keurig machine).

But seriously, you should have purchased the cozy socks, I can't forgive you for that. 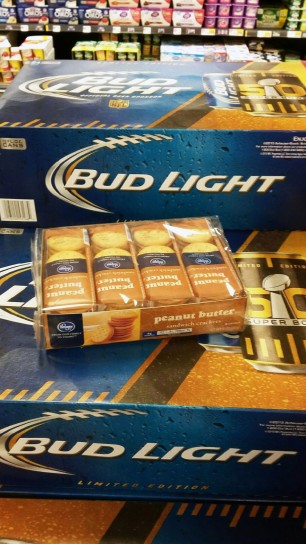 Could there be anything more redneck than Busch beer dressed in hunter's orange? And really, when you plan on firing a weapon, you should always first be fully intoxicated.  Also, the shitty beer hangover the next morning will be cured just as well with black coffee, no need for this non-dairy "creamer".  Actually, there's never a need for non-dairy "creamer".  Just buy real cream or half and half for God's sake!  We all know there's no such thing as a lactose intolerant redneck.

Sorry, I just can't get past adding the word "Platinum" to Bud Light.  It's like adding sprinkles to a dog turd.  No amount of sprinkles is going to make me want to eat it, it's still dog crap.  Should have gone with the clearance "expires tomorrow" psychedelic oyster shrooms to induce a hallucinating vision quest where you would find your true spirit beer.

This is a new one for me, trading wine for beer.  Although, it is moscato, which is a sweet wine.  Drinking a bottle of this will make you wish you hadn't the next day.  Also, Magic Hat isn't so bad for a mass-produced beer.  So contrats!  Well played trade-up!

So many poor choices to address on this sad BaconOrBeer.com post - I'm not even sure where to begin.

First, let's start with the obvious. This shopper selfishly decided at the very last minute to purchase libations, having carried this matchbox car all through the grocery store with the intent on giving it to an eager adolescent (probably dying of some quickly progressing auto-immune disease) whose only wish and dream was to play with a red matchbox car on this, one of the last evenings on earth.

How does that saying go? 'Give a man a fish and you can feed him for a day. Teach a man to grocery shop and he'll come home with beer instead of fish.' Something like that.

Actually, can we really call it fish this guy was after? I mean, what-in-the-fake-fish-hell is Shaggy Dog sushi? But clearly this shopper was really in the mood for imitation food and beverage, since his ultimate decision came down to whether to buy a pack of questionable-looking "seafood" or a case of Seagram's "flavored malt beverages."

Show me a Detroit Lions fan who drinks Samuel Adams and I'll eat those socks.