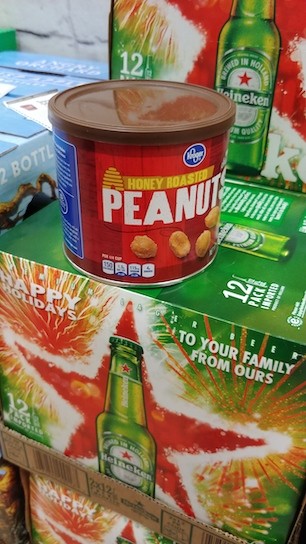 I guess Somebody's icebox wasn't too crowded for another case of Heine'.  It's too bad you didn't have an extra $5, beer and peanuts were meant for each other. 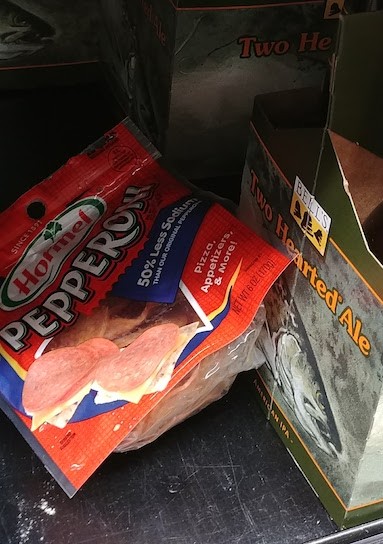 Good call!  Two Hearted Ale is an obvious win over low sodium pepperoni in a bag. 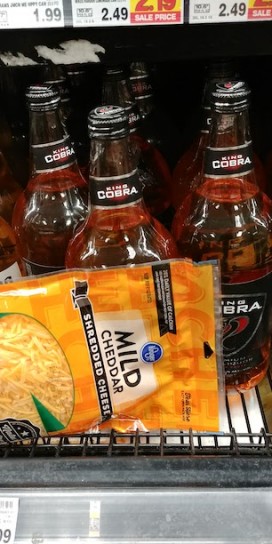 I support your malt liquor decision!

Both of these are disgusting, and both will equally give you the squirts, but the combination is epic.

Now this was a good trade!

This is a missed opportunity.  Get the beer AND the nuts you dummy!  They're like made for each other.

You're an alcoholic, admit it, a bottle of Açaí (organic or not) isn't going to change a thing, get the "premium" platinum beer.

That Blue Moon Harvest Pumpkin Ale must be good!  Trading beef jerky for it?!?

Instead of a slice of orange, what do you put on the rim for a Blue Moon Harvest Pumpkin Ale?

Why give the kids tropical punch when you can have SO much more fun putting B&J Strawberry Daiquiri in their sipppy cups!

Guinness Blonde?  Does the carpet match the drapes?

Not sure if this is even really beer, but I guess it's close enough for an exchange.