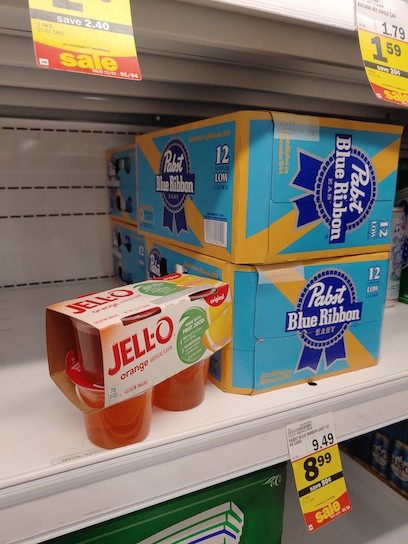 I've never had PBR Easy (light).  But I've got to imagine it's terrible.  Not sure if it's better or worse than orange Jell-O snack packs.  But either way, this person has terrible taste.

And on Christmas Eve?!?  Were they deciding which to have for Christmas dinner?  I'm glad I wasn't invited to this baby Jesus celebration. 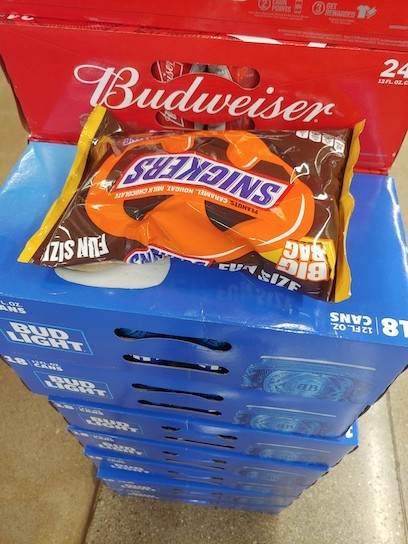 Lay's Classic Potato Chips or Anything Else 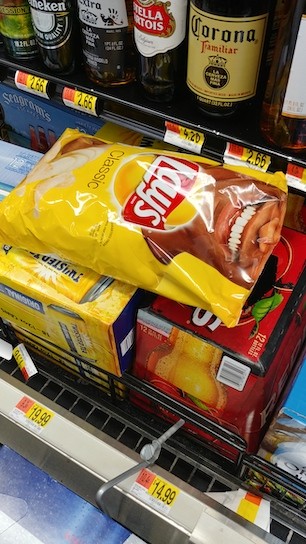 Not sure what the upgrade even was here.  Redd's Hard Apple Cider?  Twisted Tea Original Hard Iced Tea?  A 40oz'er?  In any case, beer (or at least alcohol of some sort) was the victor.

I just can't see the same person deciding between a bag of organic popcorn and a case of Bud Light.  I can (however) understand why Bud Light comes by the case.  It takes about 15 just to get a slight buzz as it's only 4.2% alcohol.  A real man's beer is 7% alcohol at least.

Remind me again why Bud Light exist?  Fat guys longing to get in shape that have no tastebuds after years of taking hot viscous fluids to the mouth?

I guess Somebody's icebox wasn't too crowded for another case of Heine'.  It's too bad you didn't have an extra $5, beer and peanuts were meant for each other.

This is a missed opportunity.  Get the beer AND the nuts you dummy!  They're like made for each other.

Guinness Blonde?  Does the carpet match the drapes?

Not sure if this is even really beer, but I guess it's close enough for an exchange.

Tostitos Cheese Dip or Not Your Father's Root Beer